There are sports cars, there are supercars, and there hypercars. For long time countries such as Italy, Germany, and the United Kingdom have been synonymous with these sorts of cars. In the past 12 months we’ve had some amazing creations from these countries and have moved the game on significantly with the use of hybrid technology. Cars such as the LaFerrari, McLaren P1, and Porsche 918 seemed to be the epitome of hybrid hypercars in 2015. With the reign of the mighty Bugatti Veyron coming to an end (the 450th Veyron is also on show at the Geneva Motor Show) the race is on to take the crown as the fastest and most powerful production car.

Of course we already know Ferrari, McLaren, and Porsche didn’t set out to break top speed records with their flagship cars. But if anyone is going to give Bugatti a good fight it’ll be the Swedes. No, seriously. Swedish cars are more than just boxy wagons made to carry airbags, Sweden is also home to Koenigsegg and they’ve just revealed the follow up to the CCX and Agera. Ladies and gentlemen meet the Regera, the car with a combine 1800bhp/1323kW of power and 2100NM of torque. 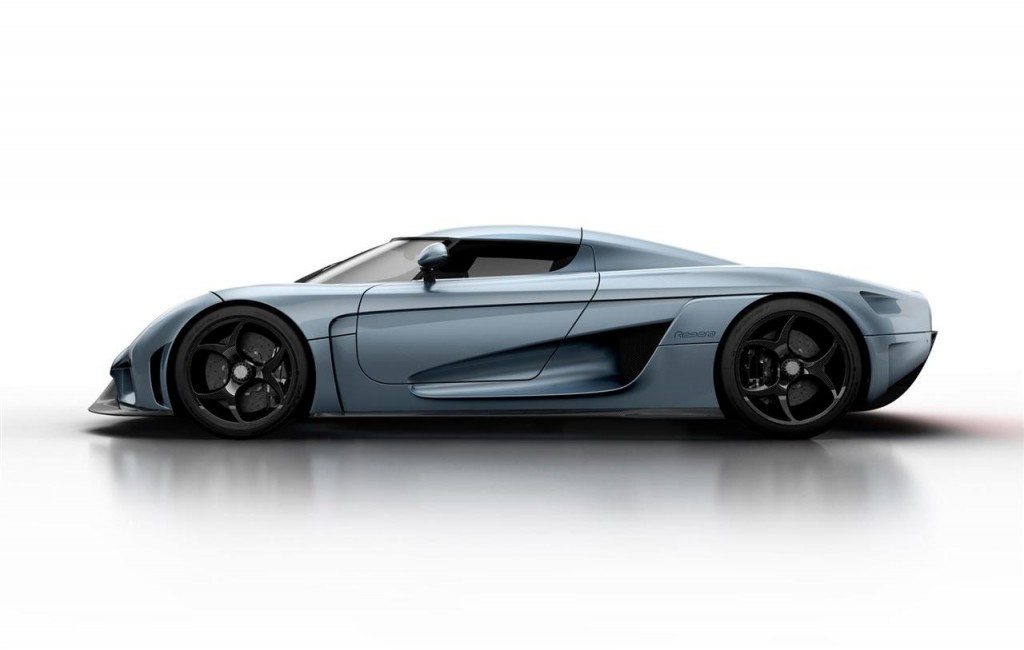 Just let those numbers sink in for a second. 1800bhp/1323kW on a road legal car with air conditioning, a windscreen wiper, and cup holders just like any other car on the road. Except this isn’t like any other car on the road because it has literally got more power than most South American countries. To put frankly insane number into perspective the current crop of hyrbid hypercars have around 900bhp each. The Bugatti Veyron Super Sport had 1200bhp. What’s even more incredible is this car is also a hybrid.

Koenigsegg’s tried and tested 5.0-litre twin-turbo V8 which was used in the CCX and Agera R makes a return and develops 1100bhp/808kW of power alone. That would’ve been sufficed to give the Regera enough oomph to keep up with the most extreme of hypercars but no, Koenigsegg had to give it power power. The additional 700bhp comes from three electric motors. Power goes to the rear wheels alone but it’s not sent there the way you’d expect it to be. Rather than having a normal transmission, the Regara uses something called Koenigsegg Direct Drive. Each of the rear wheels gets an electric motor and when you first start driving the Regara it’s purely in electric mode, so there’s no need for a transmission. Once you get going and start doing more revs a smaller electric motor mounted to the crankshaft with a hydraulic coupling starts to join in on the action. The hydraulic coupling then starts to close and the third electric motor fills in the torque gap at the bottom of the torque curve, and once again when the engine kicks into life. It’s all very clever stuff.

The Regera is able to drive solely in electric mode for up to 32 kilometres. Not that you’d be worried about driving in zero emissions with the sort of performance that’s claimed of this thing. Okay, the 0-100 km/h time of 2.7 seconds isn’t as fast as a Veyron but this is only two-wheel drive and not four-wheel drive. More impressive are the other acceleration figures. 0-300 km/h in 12 seconds and 0-400 km/h in “under 20 seconds”. Top speed is expected to be around 410 km/h. That’s not my favourite stat though, that’d be the 150-250 km/h time of just 3.2 seconds. It’s very hard not to smile at numbers like that. Of course the Regera is more than just a car with awesome numbers. There’s also some proper engineering to keep it stuck to the ground while it does insane speeds. The retractable rear wing for example can produce 450kg of downforce from 250 km/h when fully up. There are underbody aero flaps which can be controlled individually. There’s an Akrapovic-developed exhaust to give it the best sound possible. The front wheels are wider than the rear to compensate for the battery pack and electric motors. Of course carbon-ceramic brakes, ESP, and traction control come as standard.

Design-wise the Regera is a clear evolution of where previous Koenigseggs left off. The removable hardtop roof and unique 90° opening doors remain. From some angles it looks utterly diabolical, from others knee-achingly pretty. No arguing it’s a design that works though. The long tail design is particularly nice. The Regera’s interior is deceptively simple. It’s fuss-free but in an elegant and functional Swedish way. The 9.1-inch touch screen appears to have Apple Car Play as well. But then a car with this much engineering and fast it should be iPhone compatible. Only 80 Regeras will be made over the next 5-6 years. Each one will command a US$1.8 million (NZ$2,381,531) price tag. In the words of House of Card’s Frank Underwood, “power gives money a run for its money”. 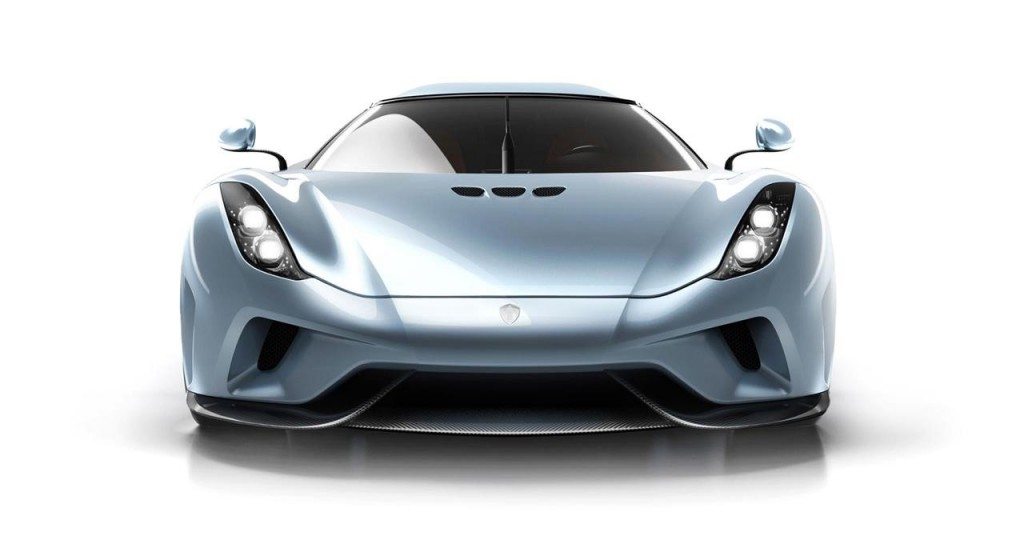